Home‘Home staging’, the potion to sell a house in 38 days or rent it in 15 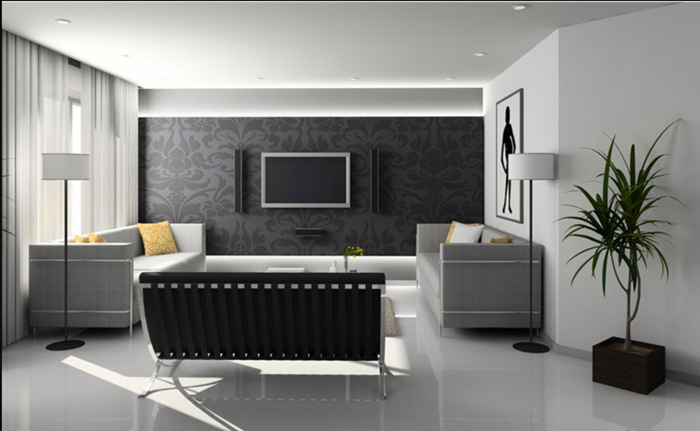 "If before to market a home you had to lower its price, with this technique you avoid or minimize these downgrades and you can even go up"

Home Staging gains adherents in Spain. This set of techniques for the set-up of a home - a face lift through a small renovation or an interior design and decoration work - already seduces both individuals (representing 51% of customers) and real estate agents ( 38%) who wish to rent or sell a property, according to the second survey conducted by the Home Staging Association of Spain (AHSE).

The data collected on a total of 353 homes reported by 45 home staging agencies reveal how this marketing technique can add value to the sale or rental price. Although for 49% of the surveyed real estate agents the percentage of increase has remained unchanged with respect to the previous price, in 51% of the cases studied there has been an increase during 2016.

“If before to sell or rent a home you had to lower its price, thanks to the home staging you avoid or minimize these drops. And, in addition, in half of the cases it is even possible to increase the price ”, clarifies Constanza Subijana, president of the AHSE. Specifically, while in 37% of cases the sales price has risen to 25%, the rental price is increased to 25% or more by 59%.

But, once this technique has been applied to the property, how long does it take, on average, to sell or rent? According to this study, in 72% of cases, it has been sold in less than 60 days, and even in 62% of the occasions in a period of less than 40 days. A very encouraging fact considering that the average time of sale of a property in Spain is 10 months, according to official statistics.

"The average time of sale of a property that has been prepared to sell has been 38 days, so the term is improved in eight or nine months," says Subijana. And this translates into profitability for the owner: it saves the costs of maintaining a home for a long period (community expenses, supplies, etc.), and also, according to the president of the AHSE, you can obtain a financial return investing the money from the sale in a financial product that provides profitability.

Home staging also helps to rent before. Specifically, in 81% of cases, the property has been leased in less than 15 days and in 59% in less than seven days. "To date," says Subijana, "the owners of homes that were to be used for rent were not struggling to prepare them, since they distrusted how tenants were going to keep it, but now the tenant is more demanding." Everything has its reason: "If the client goes to the rental market and finds 99 houses in poor condition, with old, ugly and careless furniture, he will not rent it," says this expert.

History of this marketing technique

This American technique that begins to be introduced in Spain coinciding with the real estate crisis, is used mainly for old and furnished houses for sale, and as a second option, for rental properties, more if they are intended for holiday leasing (requires that the house be fully equipped) than the traditional one (the equipment is smaller). Home stagers also work locally, but less. “In Spain it is still common to find closed premises with railings with lime and song and while still looking inside. They just put a contact phone number, ”Subijana laments.

For pilot floors, home staging also works. “Before, promoters hired interior designers directly to decorate these types of floors, but when they began to know the possibility of hiring a home stager with a generally tighter budget, they began to hire us,” said Subijana.

The average cost of the projects is around € 1,800

The customer profile of this service is also not varied. The average private customer is a 46-year-old woman who goes to a home stager because she does not know how to improve the appearance of the home. On the other hand, the average real estate client, also a 42-year-old woman, uses this technique to innovate and differentiate from the other agencies, the same reasons as the promoter client, mainly formed by SMEs.

However, the developer and the real estate agent do not trust this technique in the same way as individuals, their main clients. "Many developers try to close the sale of real estate during the time of construction, so when they finish building a promotion, it is almost sold and do not need a pilot floor," says the president of the ASHE. "As for real estate agents," he argues, "in most cases they have trouble selling the home exclusively, so, although they confess that they would bet and even pay for the home staging service, discounting it from their commission , they do not, since you can take advantage of your investment another agency that the owner would have also allowed to market it ”.

For Subijana, “contrary to what happens in other countries, such as the US, where the home staging service is, sometimes, even assumed by the agencies themselves with professionals among their staff, in Spain the real estate companies do not just assume this technique".

Gran Alacant, 03130, Alicante, España
+34 644 487 302 / +34 665 365 875
+34 644 487 302
info@mbtcostamed.es
This website uses cookies to improve the browsing experience and to collect related statistical information. By clicking on I Accept, you are giving your consent for the use of this technology and can disable this option from your browser at any time.
I accept Reject More Information